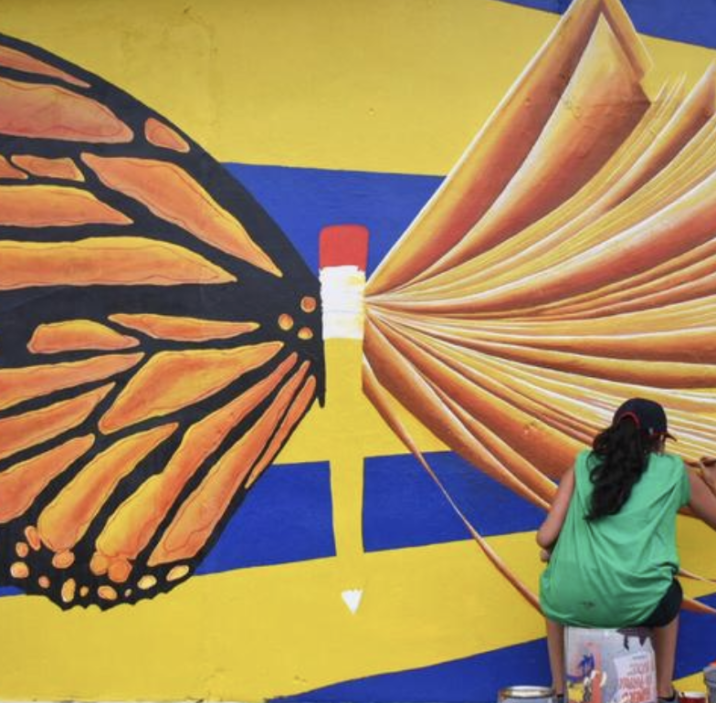 The Sarah Hamilton Leathers ’53 & Leone Bowers Hamilton ’26 Arts Lecture Series was established by Mr. James Leathers in honor of his wife, Sarah and her mother Leone, both Agnes Scott Graduates, and both loved art.

LEONE BOWERS HAMILTON: graduated in 1926 with a degree in History. Although her interest was Art, at that time the college did not offer a fine art or art history degree. She resolved that probelm by returning the following year to teach painting and drawing at the college. She went on to teach art in the Dekalb County School System, Georgia State University and Morehouse College.

Mrs. Hamilton was a major force in visual arts in Decatur.

Her daughter, SARAH HAMILTON LEATHERS, graduated with a degree in mathematics in 1953. Prior to starting a family she worked for the Tennessee Valley authority and the army corps of engineers as a cartographic drafter. She helped map what became Lake Lanier in north Georgia.

Like her mother Leone, Sarah was also interested in arts. She contributed her talents to newsletters, program covers and arts councils.

She married Jim Leathers, a Georgia Tech grad. and they had a family together.

Mr. Leathers relates that she was crazy about her cats, enjoyed travelling, reading, exploring her family’s ancestry, and the arts.

Mr. Leathers established The Sarah Hamilton Leathers ’53 & Leone Bowers Hamilton ’26 Arts Lecture Series as a memorial to these two important women in his life who loved the arts and Agnes Scott College.

It is a rich pleasure to bring back our alumnae as speakers. In the same room (Dana 101, AKA “the art history room”) where I witnessed Yehimi Cambron as a sophomore and had the thought “she’s got the spark”, I am able to introduce her as an accomplished creative professional.

Born in MIchoacan, Mexico, raised in Atlanta, welcome back Yehimi Cambron. Yehimi graduated as a studio art major in 2014 after her four year tenure as a Goizueta Foundation scholar. In 2015 Teach for America in Georgia. More recently she was the art teacher at Cross Keys high school, her alma mater, and she currently calls herself a “full time creative entrepreneur”

Cambron’s passion and artwork focus on immigration and humanity. In her images she is an advocate and spokesperson for DACA—deferred Action for Childhood Arrivals.

Awards and Accomplishments:
Her Family Portrait series of prints was selected by the HIGH MUSUEM for installatin in the exhibition Of Origins and Belonging/Drawn from Atlanta)

MURAL work:
Monuments: Our Immigrant Mothers created for the Living Walls project, and for which she recieved the Laura Patricia Calle Grant. It was also the readers hcoice for best mural in 2019 CREATIVE LOAFING

Her images amplify her commitment to and advocacy for the protection of undocumented youth. Notably the story behind her mural titled Education is Liberation Monarch (also a living walls initiative), is illustrative of the hardships of being a DACAmented artist.

Cambron has been featured in SPORTS ILLUSTRATED, ESPN MEXICO, Jezebel, Atlanta magazine, CNN, CNN en ESPANOL and UNIVISION, the AJC, ArtsATL among others

everything I’ve ever written